This was a nice weekend to be outdoors, so I spent a lot of it getting the fence lines cleaned up in eventual preparation for a repainting.  Still have to figure out a way to clear a line through the woods.  A bushog attached to a bobcat is the leading contender.
I also spent some time (with Mason’s help) turning these: 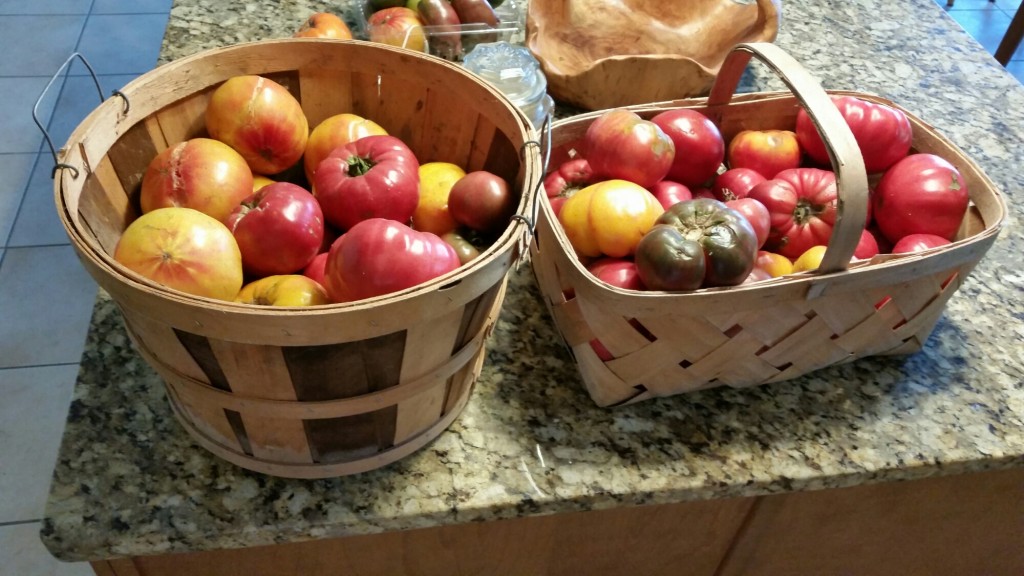 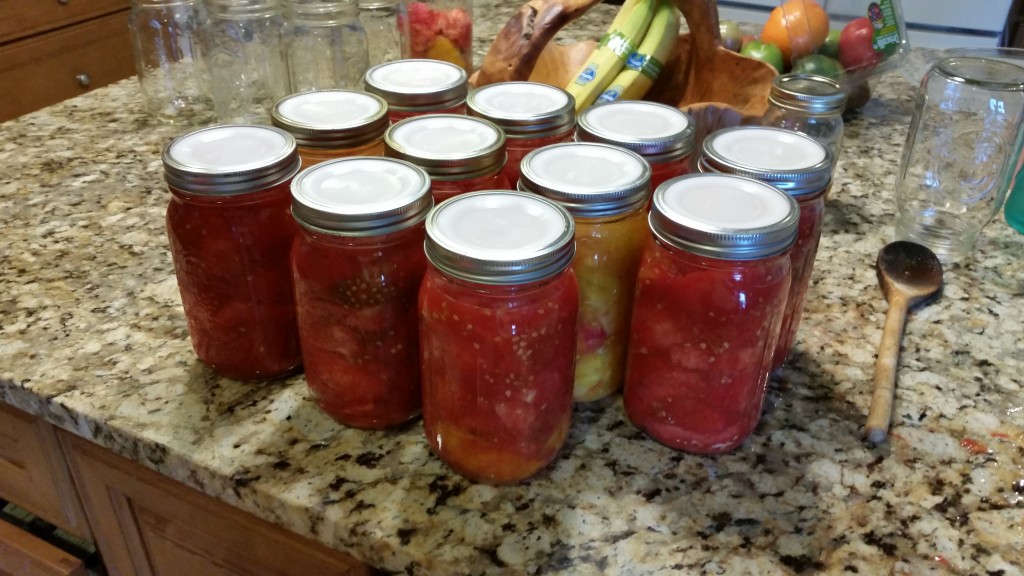 And for the second week in a row, Mason and I turned out a podcast looking back on last week and on to next week in our adventures in home education.  We were both a little tired by the time we started recording this since as is mentioned right at the start, we had been trying to record for more than an hour before I figured out how to get the new version of garage band to work with two USB mics.

Mason and I are going to give a go at a weekly podcast just chatting about the last / next week of home education.  It’s mostly just to give us an anchor, which is code for saying I am not sure that anyone else will find this useful or interesting.  But here is the first episode in case I might   be wrong.  This has got to be as interesting as just another car riding a roomba video right?

This a podcast that I did with my dad.  We talk about me doing home school again and how my first week of it this year went.

Csven, Fleep , Xaver and I got together again and gave another shot at recording a podcast the Sunday before last. We tried to keep it short this time by prepping around just a couple of questions, but still ran well over an hour. Maybe I need to learn to be a better host…or maybe we just need to get even more focus…or maybe we just need to stop shooting for 20 minutes? What do you think? Do you agree with Xaver’s assessment?  Does anyone still listen to podcasts ;-)?

Some of the sites we mentioned (anyone else please feel free to add ones I missed in comments):

Any of you following my twitter stream know that I was in Redmond this past week for the Microsoft Alliance Partner Summit. Overall it was a good event, although there wasn’t much new news since I was in Redmond the week before for an exec briefing. Nonetheless it was a good chance to connect face to face with the extended Microsoft team that I work with. All this electronic communication can only do so much.
Anyway, one of the nice perks that Microsoft always builds in to the event is a night at the Fremont Film Studios to see a musical performance (to be honest I can’t quite remember if its always done this way at APS, or if it’s the Platform Strategy Review…they sort of blend together). This year it was an artist I must admit I have not heard of before: Keb’ Mo’. I brought my Edirol recorder and laid down a few tracks pirate Grateful Dead style for your listening pleasure.
[display_podcast]
Being a fan of all good music, I promptly bought a few of his albums on the Amazon MP3 music store and I suggest you do the same. This guy is a true talent.

It’s raining toys in my office the last few weeks. I got my Creative DiviCam 428 in on Monday and when I got back in the office today, my Edirol R-09 audio recorder had arrived. I really like the size of it, the fact it takes SD cards and has replaceable batteries. It doesn’t exactly feel like a $400 device (some cheap plastic), but overall I am very pleased so far.
Here’s a sample recording and a quick review. How do I sound?

Last bit of audio from PLM Europe. This is Keith Jeacock from Theorem Solutions, a JT Open Vendor member talking about why they participate in JT Open. Keith has been in the industry for a while and has some unique perspectives about what does and doesn’t work when it comes to open data standards.

Sorry for being so slow in getting this audio up…as you may have seen the EVDO in Seattle let me down.  This is the final presentation in the Innovation is a Team Sport track at PLM Europe and features Mark Matousek talking about our experiences with the JT Open program so far and what see in the future.

Another one of the recordings that John captured at PLM Europe last week.  This is the introductory discussion in the Innovation is a Team sport track, delivered by Jim Brown of the Aberdeen Group.  Jim discusses the results of research conducted 12 months ago that shows a direct link between open data standards and the ability for manufacturing companies to drive innovation.

This is one of a few podcasts that John was able to capture at PLM Europe Last week. They are all from a track session focused on how the JT Open community (that we are active members of) helps end user and vendor members drive more innovation into their products. Alan Walker from Siemens Power Generation has been a great advocate for the program and has a really interesting take on why open data formats drive innovation in manufacturing.